Each Monday morning except on holidays and when weather doesn’t permit, a group of unemployed Northern Coloradans meets at Faith Church on South Shields in Fort Collins. It’s called NoCoNet or Northern Colorado Networking Group.

A similar group, LongsPeak Networking Organization or LongsPeakNet, meets on Tuesday mornings at Lifebridge Church in Longmont. A third group, BoulderNet, meets on the first and third Thursdays at Mountain View United Methodist Church in Boulder.

The groups all operate similarly. Indeed, their origins came from Hewlett Packard engineers laid off when HP began its downsizing many years ago. The organizational and structural regimens common to engineers have survived.

Members — still numbering in the hundreds for each chapter although attendance may number closer to 50 each week — gather for networking, followed by a formal meeting that includes announcements about job leads and perhaps a presentation by a human resources professional about resume writing or using LinkedIn to find jobs. Often, recruiters set up shop in adjacent classrooms to perform speed interviews with candidates.

“We are a group of experienced, educated and/or credentialed professionals with diverse backgrounds and skills, who are reigniting our careers in a self-reliant manner,” the NoCoNet website says.

And like it’s beginnings with professional engineers, the membership of the groups tends to be professional people, although no longer just engineers. Health-care workers, journalists, scientists, managerial experts, professors, engineers — almost everyone with a college degree and often an advanced degree — populate the rooms.

And almost everyone, but not all, have gray hair.

These are experienced professionals who have worked, in most cases, for a couple of decades in their careers and are now seeking their next opportunity.

They fit almost perfectly the description of today’s American jobless as described in widely cited studies. Most often cited recently is a report published Dec. 28 in ProPublica based on research by ProPublica and the Urban Institute, using the gold standard of data compiled by the National Institutes of Health and the Social Security Administration.

The title: If You’re Over 50, Chances Are the Decision to Leave a Job Won’t be Yours.

The lengthy report chock full of details can be summed up in two paragraphs.

“Through 2016, our analysis found that between the time older workers enter the study and when they leave paid employment, 56 percent are laid off at least once or leave jobs under such financially damaging circumstances that it’s likely they were pushed out rather than choosing to go voluntarily.
“Only one in 10 of these workers ever again earns as much as they did before their employment setbacks, our analysis showed. Even years afterward, the household incomes of over half of those who experience such work disruptions remain substantially below those of workers who don’t.”

Put another way, 40 million Americans over age 50 are working, 22 million of them will suffer a layoff and only two million will recover.

NoCoNet member Alan, with his doctorate in physics and experience in nuclear energy, has been looking for work in the electrical utility industry. While jobs for nuclear physicists are few and far between in Northern Colorado, Alan’s experience gives him useful insights into integrating new green power sources such as wind and solar into traditional energy grids. He’s been able to find contract work but no full time job with benefits.

Jillian, a communications professional, has struggled to find work in her field, especially work at a pay level that might be appropriate for her experience. “There’s a huge pay gap,” she said. “Everyone [employers] wants a master’s degree but wants to pay $40,000.”

Tyler, one of the younger members of NoCoNet in his 30s, has international studies expertise. He recently returned from South Korea where he taught. He feels “caught in the gig economy,” a reference to very part time and contract jobs.

Nancy is a nurse practitioner — a highly sought-after commodity in the health-care industry — complained about how difficult it is to find real people to talk with about jobs. “You don’t know who you’re applying to,” she said. Modern digital screening systems eliminate any human contact until late in the application process, as most of today’s applicants know. Speakers at the networking meetings sometimes give tips about how to beat the algorithms of the digital screeners.

Marcia, a civil engineer who took a break from her profession to take care of a dying parent, said employers perceive, because of her age, that she will demand higher pay than they’re willing to pay, even though she knows she may have to start over in her profession.

And Ed, a mostly retired executive, could be lured out of it with the right opportunity but noted that “competition is intense at the upper levels” where many of the professionals in the room would like to return.

“If people wanted to work, they could find a job,” some in industry say, given the low unemployment numbers and, if it continues until June, an economy that will be tied for the longest stretch of  expansion in U.S. history.

But the experiences of those at the networking groups run contrary to the conventional wisdom, suggesting that employment in Northern Colorado — or the nation as a whole — can be uneven.

Adam Crowe, business development manager for the Larimer County Economic and Workforce Development office, said the workforce office tends to see more older workers than younger, “but older people tend to know how to reach out and where to go for assistance,” he said.

When asked for names of employers that might run contrary to the trend experienced by the NoCoNet group, he cited health-care employers, especially senior living companies, and Larimer County itself.

Christine Kuehnast, employee relations manager for Larimer County, said human resources managers at the county work to train hiring managers to ignore stereotypes such as how older workers may have fewer current skills.

“We’re dedicated to hiring older workers and marginalized groups such as veterans and the disabled,” she said. “Older workers have experience and knowledge that younger workers do not have. They’re reliable. They’re dedicated. The come to work every day no matter what.”

She said the county values perspectives that can be gained only by a lifetime of experience or by work within multiple careers. 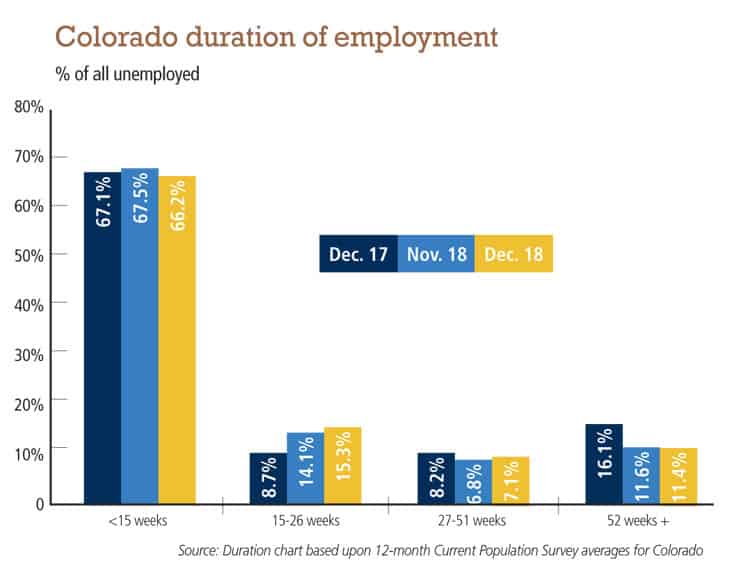 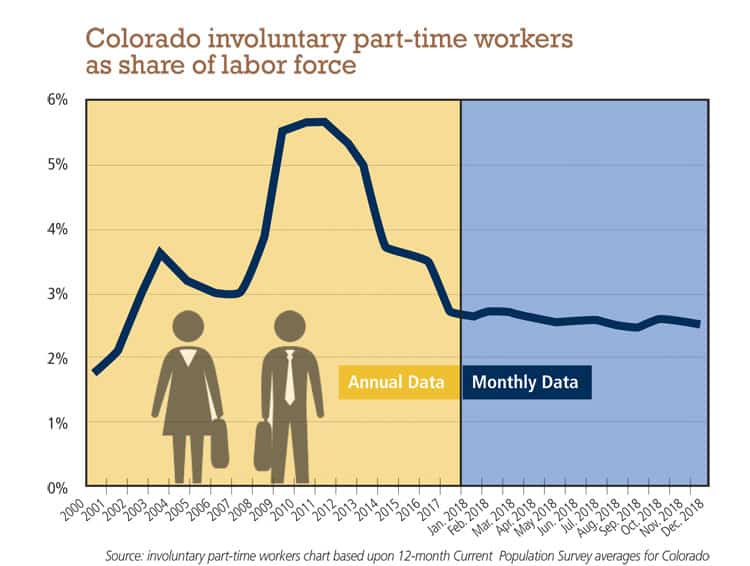 Employers often agree that older workers have the soft skills — the ability to get along with other workers, to show up on time for work, and to follow procedures. But what about the hard skills — up-to-date computer skills, programming, digital techniques to streamline how products are made.

But what about people like Alan, the nuclear physicist? “We try to look first at a person’s qualifications and not their last job title,” she said.

Joyce Saffel, human resources director at Columbine Health Systems, which has nursing homes, assisted living facilities and rehabilitation facilities in multiple Northern Colorado cities, said the population of Columbine residents tends to attract older workers, many times people who have had the experience of placing their own parents in assisted living environments.

Columbine hires two sorts of people — clinical employees like nurses who need to have licenses or certificates in order to perform their duties, and non-clinical such as drivers or facility maintenance people.

“We look for people who enjoy being around older people, and we’ve found that older workers are reliable and willing to step up to help when help is needed,” she said. Often, workers age with the operation. “If you have a good culture, you can age with a company.”

In her experience, she often finds that applicants need help to improve their hard skills. “It does take more time to train them sometimes, but with a little effort you can get a better employee. When they get it [the skill], they get it for good.”

Columbine’s approach is sometimes to have applicants shadow an existing employee to discover whether the job is something they want to do. Some jobs have physical requirements, such as lifting, and the company may test to see that an applicant can perform. “We want to keep people in their jobs as long as possible,” she said.

And that’s exactly what most older workers also want. Given the ProPublica report about future earning potential of laid-off older workers, working longer may replace the retirement they once dreamed about.

Ramping up talent recruitment and development

Each Monday morning except on holidays and when weather doesn’t permit, a group of unemployed Northern Coloradans meets at Faith Church on South Shields in Fort Collins. It’s called NoCoNet or Northern Colorado Networking Group.

A similar group, LongsPeak Networking Organization or LongsPeakNet, meets on Tuesday mornings at Lifebridge Church in Longmont. A third group, BoulderNet, meets on the first and third Thursdays at Mountain View United Methodist Church in Boulder.

The groups all operate similarly. Indeed, their origins came from Hewlett Packard engineers laid off…