BOULDER — From hosting live music by world-class bands to serving pizza to a visiting president, The Hill has been entertaining, feeding and supplying a population comprised mostly of Boulder’s college students for decades.

Over the years, however, businesses in the area have suffered declining  appeal to year-round customers.  Nine months of customers doesn’t balance well with 12 months of overhead.

Strategies to address the problem include a request by property owners in the 1970s to tax themselves through the establishment of the University Hill General Improvement District (UHGID).  The money went to purchasing land that turned into two off-street public parking lots for potential customers to know that the shops were open for business and parking was easy.

In the 1980s, the funds were used to increase the Hill’s appeal to pedestrians and bicyclists and to create a program that would encourage alternative means of transportation to, from and in the area.

In 2014, the Hill Reinvestment Strategy was created with Sarah Wiebenson serving and continuing in the task of project management.  “The strategy involves many stakeholders,” said Wiebenson, Hill community development coordinator.  The list includes the Hill neighborhood association, CU administration, the rental housing association, fraternities and sororities and the city of Boulder.

Since 2015, the Hill Reinvestment Strategy group has been working together to brainstorm challenges and solutions, collect input and data and monitor economic impact studies.

At this point, building a hotel as an anchor on the Hill continues to be under the microscope as a viable way of addressing one of the concerns expressed by businesses: it needs to attract a more diverse population and customer base.

The current hotel concept includes 189 rooms, 10,500 square feet of commercial space and a 50-car underground garage — constructed on the southwest corner of University and Broadway.

With that end idea as a point of scrutiny, Wiebenson described a handful of impact studies that are currently focused on measuring the economic benefits for the businesses of UHGID in relation to the downside of the project.

Questions include will the UHGID selling the Pleasant Street parking lot to the hotel developer decrease Hill parking enough to merit the hotel including an underground garage?  Would new businesses that fill in the current vacant spots require more parking than would be available?  How would construction of the hotel affect current parking on the Hill, and what would be the economic impact of that?

“We’ve done studies along the way and found there is a perception that it’s difficult to park on the Hill,” said Wiebenson.  To date results show that the current need is more perceived than actual.

Another question is what will happen to those Hill businesses that will be displaced by the hotel.

“The developer’s offer will include a term sheet with commitments,” said Wiebenson.  Those commitments include investing $200,000 toward relocating existing tenants — 15 to 20 businesses.  Cost to relocate will vary.  Some have said they would need upward of $50,000, according to Wiebenson. 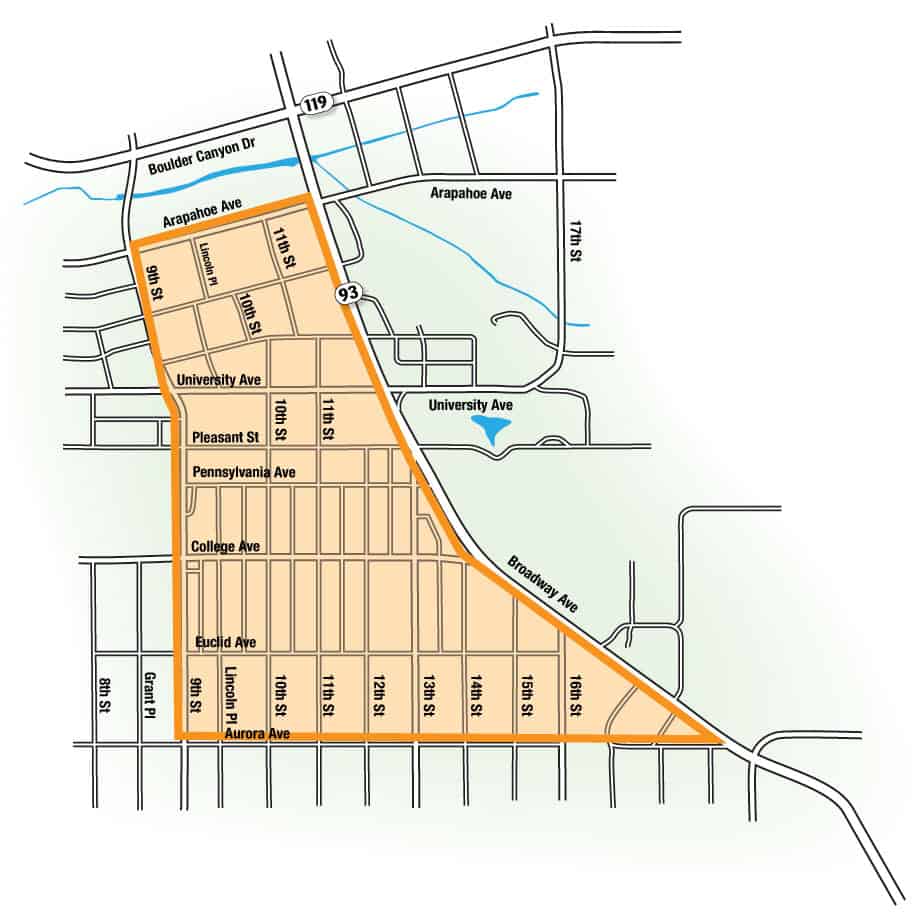 In addition to concerns about the cost of relocating and losing their current customer base, some businesses are worried about the uncertainty of the revitalization project and how long it will take.  “They’re concerned about missing opportunities to sign leases in other locations and that their customers think the project is already approved and they’re staying away.”

The mix of businesses currently on the Hill is actually part of the economic challenge that’s affecting business owners, she added.  “We now have 29 fast food restaurants out of 100 businesses there. There is currently almost 12,000 square feet of vacant space.”

Dakota Soifer, Café Aion chef and owner, lists the pluses of a hotel as a much needed increase in year-round foot traffic and larger tax revenue for the district to fund maintenance and capital improvements.

“The current building [on that site] is total garbage, a real eyesore, and has huge infrastructure problems,” he said.  If the displaced businesses wish to stay on the Hill they would have the opportunity to move into vacancies in the historic core.”

Cheryl Liguori, CEO of Z2 Entertainment — the Fox and Boulder Theaters, has 27 years invested in the Hill district.  She pointed to the need for year-round diverse population foot traffic, parking, and a fully occupied commercial core with diverse offerings as what the Hill needs to survive and flourish.

Since 1987 Andy Schneidkraut, Albums on the Hill owner, has watched the effects of construction projects impact fellow business owners from his storefront.  “There are a lot of businesses that are just holding on now, and it will push many of them over the edge,” he said, referring to construction of the proposed hotel.

“That doesn’t mean it isn’t a project that may reignite the Hill, but it will be very different,” he added.  “Many of the things that have made the Hill really appealing are that it’s the most real, old school type urban retail area in the city — an artistic type of area.”

The Hill has seen steady growth over the past few years but it’s minimal at 8 percent, according to Clif Harald, executive director of the Boulder Economic Council.  One of the advantages of having a hotel there would be that it could bring in an additional 200 customers daily.

Next steps for the Hill revitalization project are focused on three points that will be provided to the Boulder City Council on Aug. 20.

The first point is the outcome of the economic impact study that assesses whether the proposed hotel and commercial uses will be economically beneficial for the UHGID.  Next is a report on parking demand projections with potential new businesses on the Hill.  Third is an offer letter from the developer with commitments regarding relocation assistance, transportation demand management and a training program for students interested in the hospitality industry.

In addition to the hotel project that could accommodate locals and visitors, CU Boulder is working to finalize an agreement with a development team to build a conference center and hotel in the northwest corner of the campus.

A 250-room hotel and conference space is planned for the 3.2-acre site on Broadway and Grandview. Completion date is still pending.

“Demolition of the former Starbucks building is complete,” said Derek Silva, executive director, real estate services, CU Boulder.  “The University collaborated with the city on site selection that would provide mutual benefit for the University and the community.

“Proximity to a potential boutique hotel on the Hill is complementary in nature,” he added.  “The Grandview site is close to downtown and the Hill.”

BOULDER — From hosting live music by world-class bands to serving pizza to a visiting president, The Hill has been entertaining, feeding and supplying a population comprised mostly of Boulder’s college students for decades.

Over the years, however, businesses in the area have suffered declining  appeal to year-round customers.  Nine months of customers doesn’t balance well with 12 months of overhead.

Strategies to address the problem include a request by property owners in the 1970s to tax themselves through the establishment of the University Hill General Improvement District (UHGID).  The money went…

Norton: Areas to watch in commercial real estate this year

Guernsey :Going back to the office is dead … Or is it?