BOULDER — Picture an elegant and romantic dining experience, and what comes to mind might be white tablecloths, candlelight and continental charm, with gourmet dishes prepared by a chef imported from France.

Picture a hotel dining room, and you might expect breakfasts, lunches and dinners that are conscious of travelers’ limited time and cautious budgets, as well as their wide range of ages and tastes.

Picture a trendy gathering spot in health-crazed Boulder, and you’d come prepared for a bistro or patio setting with a strong dose of vegan and vegetarian offerings.

Now, picture a general manager and executive chef whose task is to make one restaurant to fit all those roles and more.

Philippe Antoine and Laurent Mechin get the picture. And at Jill’s Restaurant and Bistro in the four-star St Julien Hotel, they make it work with seemingly seamless savoir faire.

“Being in a hotel, we try to have something so everybody can feel welcome and choose what they want,” said Mechin, whose culinary career began under the tutelage of Chef Bernard Champion at l’Auberge du Moulin de la Chapelle in France’s Burgundy region.

“Our menu is very eclectic, and still can be really good on the budget” added Antoine, whose family has run a successful restaurant in the south of France for more than 50 years. “You can order a rack of lamb at Jill’s on the expensive side, but you also can order a really good burger or pizza.

“We have really large plates, and we have small plates,” he said. “The younger crowd might come in, share four or five small plates, be in and out in 20 minutes and then move on and do other restaurants. Meanwhile, their fathers might come here and do three courses and spend two hours.” 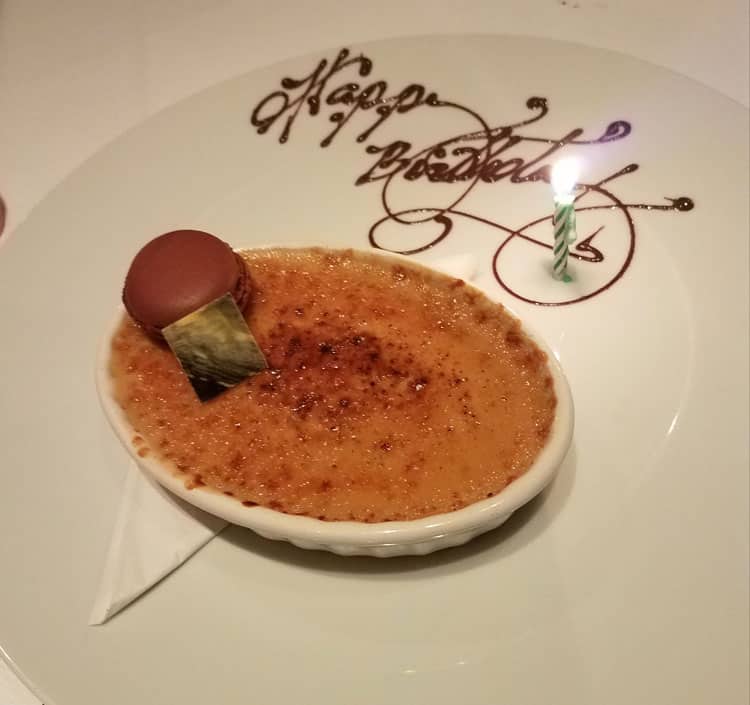 Jill’s opened with the St Julien in 2005, and Mechin and Antoine arrived four and five years later, respectively. One look at the eatery’s offerings, and they realized they had some work to do if Jill’s was to live up to the hotel’s four-star ratings.

The dinner menu “was supposedly Mediterranean, but it was confused more than anything else. It didn’t really have an identity. The best thing on it was the king cut prime rib,” Mechin said. “So our first effort was to give it a little French flair and gain the trust of the community.

“We had to make a name for ourselves.”

One of the most visible manifestations of that new identity was tableside preparation of many dishes, including not just flaming desserts but appetizers and entrees as well.

“Tableside cooking is classy, old school, delicious — and it’s a show,” Antoine said. “We looked at the competition and saw nobody else was doing it. It’s good to have something a little different.”

Even with the continental theme, Mechin said, “we’re still respecting local ingredients and bringing in good relationships with local producers, farmers. We’re not ‘farm-to-table’ but we try to source the best product we can find locally.

That includes eggs locally from Colorado, Mechin said. “When we got here, breakfast was maybe six items. Now we have much more, like a seasonal waffle — it might be strawberry rhubarb, oranges, compote. We’ve added a house brioche, pumpkin butter, pepita granola with a blood-orange demi glaze. We have shrimp and grits. We serve a muesli — a healthy, hearty Swiss recipe with honey, berries, pistachios and hazelnuts.

“We put a burrito on there with house green chili and pork shoulder. There’s no beans and rice in there, no fillers.”

Jill’s has a main dining room, a bistro room and the Onyx Room, which Mechin describes as “the most beautiful dining room in Boulder.” Each room can seat about 40, and combining them allows for up to 200 diners for events including business gatherings and wedding receptions.

“We’re opening the terrace soon, probably April 15, with the most magnificent view of the Flatirons,” Mechin said. “We’ll have a new lunch menu in late April and early May, with great sandwiches, pizzas and summery salads.”

They’ve also done events tied to the Boulder International Film Festival. “Every year there’s a chef contest with a movie theme, and you have to match the food to the movie,” Mechin said.

“One year we made a truck out of plywood and painted it the same as the one in the movie, and served from the truck,” Antoine recalled. “The second year, we did the movie ‘Ratatouille’ with a whole wheel of French cheese — and little rat figurines from the movie all over the place.”

The restaurant also participates in the Taste of Pearl, works with Growing Gardens of Boulder to provide education about where food comes from, and serves Thanksgiving dinners at homeless shelters.

“It’s a lot of moving parts, a lot of balls in the air,” Antoine said.

Added Mechin: “We have a lot of old values, but we’re not afraid of learning new tricks.”

BOULDER — Picture an elegant and romantic dining experience, and what comes to mind might be white tablecloths, candlelight and continental charm, with gourmet dishes prepared by a chef imported from France.

Picture a hotel dining room, and you might expect breakfasts, lunches and dinners that are conscious of travelers’ limited time and cautious budgets, as well as their wide range of ages and tastes.

Picture a trendy gathering spot in health-crazed Boulder, and you’d come prepared for a bistro or patio setting with a strong dose of vegan and vegetarian offerings.

Notable Women in Hospitality, Restaurants and Catering — May 2022