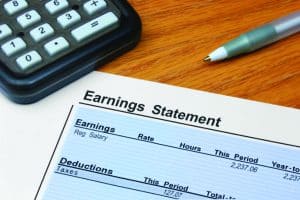 New overtime rules go into effect Dec. 1, and employers need to be prepared for them.

The rules, which were passed by the Department of Labor earlier this year, raise the salary threshold indicating overtime eligibility from $455 per week to $913 per week or $47,476 per year. That means that anyone who makes less than $47,476 per year should be eligible for overtime pay, which is time and a half.

“The first step employers are doing is doing that analysis on their workers to see who falls under the new threshold and making a determination whether or not they should, 1. Increase their salary so that they meet the new salary threshold, or 2. Reclassify that employee. That would mean reclassifying them from salaried to hourly,” said Lara Makinen, state legislative affairs director for the Colorado Society for Human Resource Management.

A lot of repercussions go along with reclassifying employees to an hourly wage, she added. It means that people who were accustomed to checking emails or voice mails either early in the morning or late at night will no longer be allowed to do it.

“As an hourly employee, hours worked over 40 hours in a work week are now subject to overtime regulations,” she said.

That has a huge impact on employee morale, she added. Many will stop going above and beyond in their daily work since they will no longer be paid for their efforts and “that’s a shame,” Makinen said. “That is what employers are worried about.”

The industries most affected by the new rules are nonprofits, schools and universities, and service industries, such as restaurants, hospitality and retail.

There’s two big pieces to this change, emotional and financial, said Michael Tracy, managing principal and owner of Omni Human Resource Management, which is based in Overland Park, Kan., but has some representation in Fort Collins.

The emotional piece can be the most damaging, he said. A person may feel like their career is advancing and that they are working toward something, only to be bumped down from a salaried to an hourly position.

“It lowers their status and stature,” he said. “Furthermore, it eliminates people’s opportunity to work a little more and try to get ahead and be better than the next guy. … It eliminates the incentive for people who want to do a little bit extra, and that’s emotional.”

The easiest way to deal with the new regulations is to move these exempt salaried workers up to the new salary threshold. If they meet all of the qualifications of an exempt employee, they should be bumped up to the new salary level. To qualify, they need to manage a business or manage people.

The problem with just bumping these people up to the $47,476 salary level is that many of these companies are small businesses. Bumping up these salaries could mean a salary increase of $5,000 to $10,000 a year per employee, which could be a financial hardship for small businesses that can’t afford to pay the higher wages of corporate America, Makinen said.

Kelly Marinelli, principal consultant for Solve HR Inc. and co-vice president of membership for the Boulder Area HR Association, said that to remain exempt, an employee’s salary must be increased above the new threshold. Since many of these people work many more than 40 hours in a week, it is up to the employer to determine how many hours each employee works every week and see if it would be cheaper to move them to an hourly rate or just increase their salary.

“It is hard to go to someone you really value as an employee and say, by the way, you are not going to be exempt any longer and the hourly wage we are going to give you is much lower than you might expect,” Marinelli said.

If an employer just divides the employee’s straight salary by 40 hours to come up with an hourly wage, it could still cost the employer a lot more money because of overtime pay, so many employers will lower a person’s hourly pay and give them a set number of overtime hours they can work every week to reach their current salary. That could mean that a manager might actually end up making less money per hour than their hourly employees, which could be a bitter pill to swallow.

“That’s a difficult conversation to have with someone who works hard for not a large salary in the first place. Explain why that’s necessary and make sure you are helping them through that transition by keeping them engaged in other ways,” Marinelli said. That might mean offering new educational and development opportunities to them.

If a person’s salary is close to the $47,476 figure anyway, it makes sense to just increase them to the new threshold. If they aren’t close, it is probably “time to look at their duties and the overtime they are working and consider what your staffing needs really are,” she said. “What will happen if you make everyone non-exempt; that work has to go somewhere. Typically, it goes to the lowest-level employees who are still salaried. You have to be careful with communication and keeping an open and listening ear to those employees. They will be affected in a way that may make them search for a new position. You don’t want to lose employees. There is no one-size-fits-all solution.”

When the Department of Labor came up with the $47,476 figure, it looked at the salaries in the lowest-paid geographic area in the United States and took the 40th percentile for that geographic area. The rules will automatically extend overtime-pay eligibility to 4.2 million workers, according to the DOL. The overtime rules have only been updated once since the 1970s. That was in 2004, and according to the DOL, the threshold was set too low.

The current threshold is $23,660 a year, which “means even workers earning less than the poverty line for a family of four may earn too much to automatically qualify for overtime,” the DOL stated.

The white-collar exemption was initially meant for highly paid workers who had better benefits, job security and opportunities for advancement.

“Unfortunately, when left unchanged, the salary threshold is eroded by inflation every year,” the DOL stated.

Congress doesn’t come back in session until after the election, Makinen said, but she believes there is still hope the bill will pass before the rules are implemented Dec. 1.

Once a company makes the change to non-exempt employees, another issue is training managers who are used to managing exempt employees how to monitor whether employees are clocking in and out and recording their times appropriately, said Franchesca Lata, an attorney with the Northern Regional Office of MSEC in Fort Collins and the legislative chair of the Northern Colorado HR Association.

Companies may have to institute an email and voicemail curfew, making sure non-exempt employees know that this behavior will not be allowed during off hours.

Employers need to pay attention to how they are communicating these changes to their employees, Lata said.

“This will be a huge morale issue for a lot of employees. They will see it as a demotion. I think that is the hardest part, just trying to break the news in a positive way,” she said.

New overtime rules go into effect Dec. 1, and employers need to be prepared for them.

The rules, which were passed by the Department of Labor earlier this year, raise the salary threshold indicating overtime eligibility from $455 per week to $913 per week or $47,476 per year. That means that anyone who makes less than $47,476 per year should be eligible for overtime pay, which is time and a half.

Raymond Lee leads Greeley with a passion for helping others