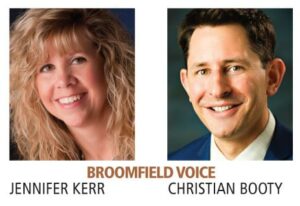 With the successful launch of the Access Broomfield Economic Coalition, Aug. 31, our brand-new Broomfield Chamber economic-development effort is looking to focus on business retention and expansion, as well as the growth and support of entrepreneurial efforts in Broomfield.

Leveraging the 500 plus businesses that already make up the membership of the chamber as a force multiplier for reaching out to existing industry was an obvious choice and reduces cost over traditional prospect activity. In addition, there is overwhelming research from the International Economic Development Council and others suggesting that growing existing companies in place is the most cost-effective method of generating new jobs and investment.

Overall, we have chosen six primary areas of focus for the ABEC, including business climate, business retention and expansion, cluster development, entrepreneurship, marketing and site selection. While these might initially sound like different areas of concentration they, like most aspects of economic development, are very much intertwined.

While the ABEC will not immediately influence all these areas, we feel that the chamber already performs business-retention and expansion functions. As a host of the North Metro Denver Small Business Development Center, the Broomfield Chamber is already working to support entrepreneurial efforts.

Interviews with a number of key businesses in the area found recurring themes that helped develop the six focus areas. Within the overall business climate, companies repeatedly mentioned the pervasive need for an available skilled workforce, with a particular emphasis placed on training in new technologies. Telecommunications infrastructure and specifically the lack of broadband was a point of concern. Interestingly, a focus on improving the quality of arts, culture and other quality-of-life factors was mentioned frequently as companies attempt to attract and retain the skilled workforce they require.

Competition between communities up and down the Front Range has placed an even greater emphasis on business retention and expansion. The purpose is to establish relationships with community businesses to strengthen existing companies, learn of at-risk businesses that require assistance, and attempt to be a liaison between private industry and government-run assistance programs.

Anyone living in Broomfield probably recognizes the various industry clusters, including the technology corridor largely situated in Interlocken. Clusters are a natural means to attract similar companies that share the same talent pool in addition to attracting ancillary firms. They also help identify shared workforce-development needs and offer the potential for linkages to higher education.

The Denver metropolitan area ranked fifth in the country for entrepreneurship in 2015, according to the Kaufmann Foundation and is an important component of our local economy. The chamber’s ABEC will continue to support local entrepreneurship by enhancing availability of capital, training and technical assistance, and is looking to partner with various entities to make this a reality.

Of course, no economic-development coalition would be complete without an enhanced marketing program, with the ABEC presenting the opportunity to market the community as a whole. This initiative offers the chance to enhance Broomfield’s marketing activities. The ABEC will determine how to best partner with the city and county’s site-selection efforts, offering site-location professionals with additional information, particularly as it pertains to quality-of-life issues.

The ABEC secured four key investors prior to the launch event, meeting 20 percent of our initial budget. However, further investment and the involvement of the local business community will be fundamental to the overall impact and continued success of the ABEC. This is an exciting time for the chamber and the community as we continue to sustain economic vitality in Broomfield.

With the successful launch of the Access Broomfield Economic Coalition, Aug. 31, our brand-new Broomfield Chamber economic-development effort is looking to focus on business retention and expansion, as well as the growth and support of entrepreneurial efforts in Broomfield.

Leveraging the 500 plus businesses…